This is Travis’ first Father’s Day! I got my hubby our kid’s first book, “Guess how much I love you,” for him to read to them someday. Travis is already such a great dad, he comes to all the midwife appointments, watches YouTube videos with me, talks to my tummy, and feels it jostle and karate kick all the time. I have 10 more weeks left! I can’t believe how humongous pregnant ladies have to get to bring a human in to the world….it’s absolutely weird and tiring! …Why can’t we give birth to tiny, 3.5 ounce babies like giant pandas do!? Besides marsupials, like a  kangaroo who gives birth to a kidney bean, giant pandas birth the smallest mammal babies relative to mothers size. (Not fair!)

Speaking of animal children, here’s a little about the kids who already live with us. This month is the four-year old welcoming home to our cat sons, Sushi & Nori. They and their sister Bento were found huddling together in 103°F weather. I caught them all by their tails and nursed them and their dehydrated baggy eyes back to health. Today, Betty Bento lives with Travis’ mom in Spokane. Sushi is the skittish scatterbrained one. Nori, with the diamond between his eyes, is our “George Clooney-Cat,” sociable, confident & more intelligent brother. When our dog Cooper barks or chases him, he has been known to stalk his way back to vengefully spank the dog’s butt with an open claw.

While Sushi isn’t the fiercest & cool cat, he was known as a teen to help a few foster kittens we rescued. He became the cat-therapist and one particular event proved his skills when he helped to rescue his foster brother from a home he was too scared to belong. Kato wouldn’t come out for the owner at all and hid himself in the far reaches of the owner’s storage space under the basement stairs. I brought Sushi with me on his leash and as soon as Kato knew Sushi was there, he immediately emerged. Now Kato is with a new family and is best friends with a boy and the family dog. 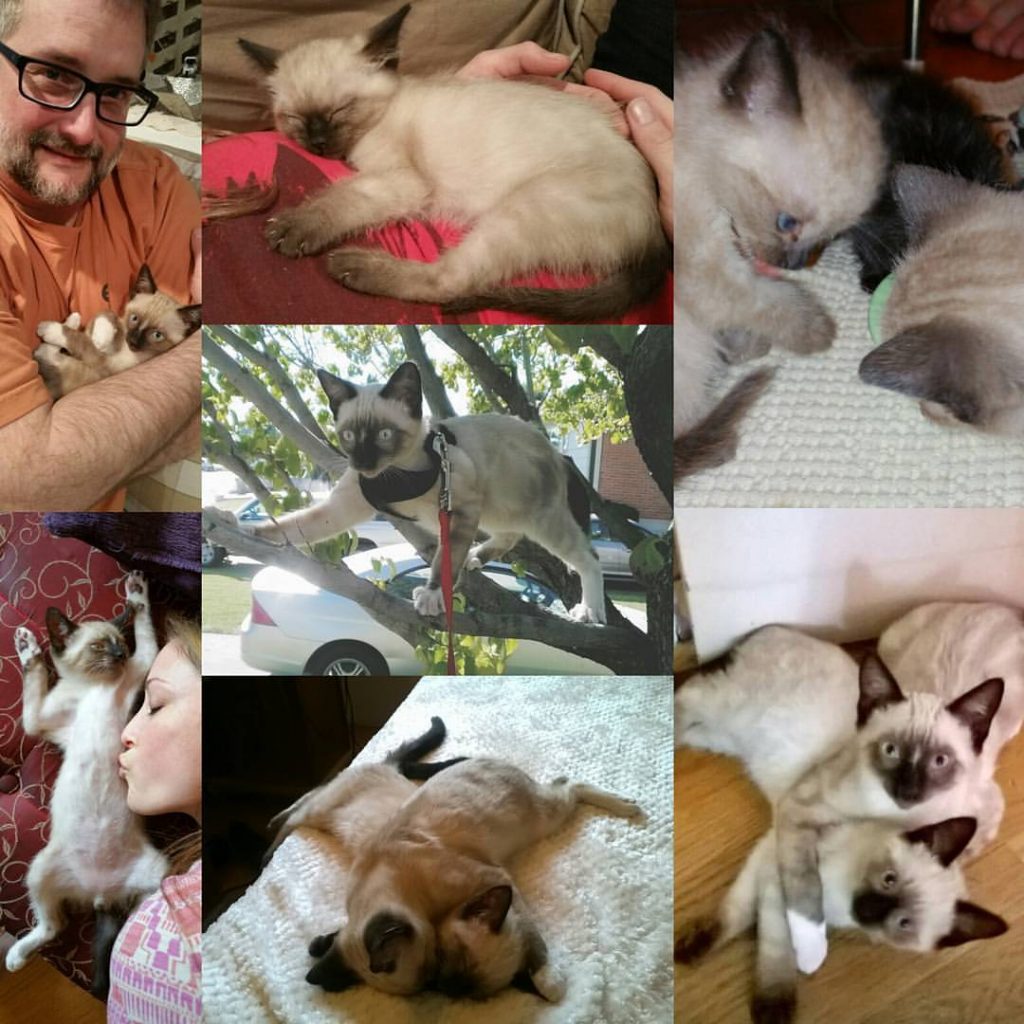 By nature I’m a cat person…but Cooper came into the family two years ago in May. He was already eight years old. We got him from our next door neighbors, but his history includes being found by a dumpster in Buena, WA, and from the looks of him, someone did a botch job chopping up his ears and tail. He’s almost like a cat, so it’s worked out for me. I’ve taught him all his tricks including rollover, speak and stay. (Wanna know how to teach a dog tricks? It’s all about their nose. They are ruled by their sense of smell—so treats are how you get command their attention!) Cooper is Travis’ dog—he has naturally taken on the role of emotional support animal for him.  When Cooper senses even the slightest frustration or dismay, he is right up in his face and tries to heal him with cooper kisses. His campaign slogan is “Cooper didn’t poop 2020.”

My heart has been very heavy ruminating about the very sad events this past month. I’d like to share what I think with sincerity and humility.      When I was five-years-old I had a dream that I had iridescent, rainbow skin. I woke up the next day and told my mom I wished I had rainbow skin because I remember feeling from an early age that skin color wasn’t what mattered. Martin Luther King Jr said “do not judge a man by the color of his skin but by the content of his character.”Dr. King was a peaceful, God-fearing man who impacted the world with his message about equality in a positive way.Jewish psychiatrist, Victor Frankel, who survived a Nazi concentration camp said, “From all this we may learn that there are two races of men in this world, but only these two — the “race” of the decent man and the “race” of the indecent man. Both are found everywhere; they penetrate into all groups of society. No group consists entirely of decent or indecent people.”

One thing I feel in my heart is that love is the way to heal, because it conquers all. It brings swift justice AND peace, it celebrates & unites people. I support protesters to voice truth & injustice. I think we should have parades in the streets that showcase our love for one another which I believe makes social change.

I support justice for discrimination, but riots violence, chaos, destruction, and further promoting collectivism (mindset which views humans strictly as members of groups rather than individuals) creates fear, pain, & further division. Violence gives permission for more violence. It takes attention away from the message of peace & unity that we want in the first place & goes against the expressed wishes of George Floyd’s family.

“Do not repay evil with evil or insult with insult, but with blessing, because to this you were called so that you may inherit a blessing. For, whoever would love life and see good days must keep his tongue from evil and his lips from deceitful speech.” 1 Peter 3:9

“An eye for an eye makes the whole world blind.” – Gandhi

I pray we choose peace & justice, liberty & love for each other every day.